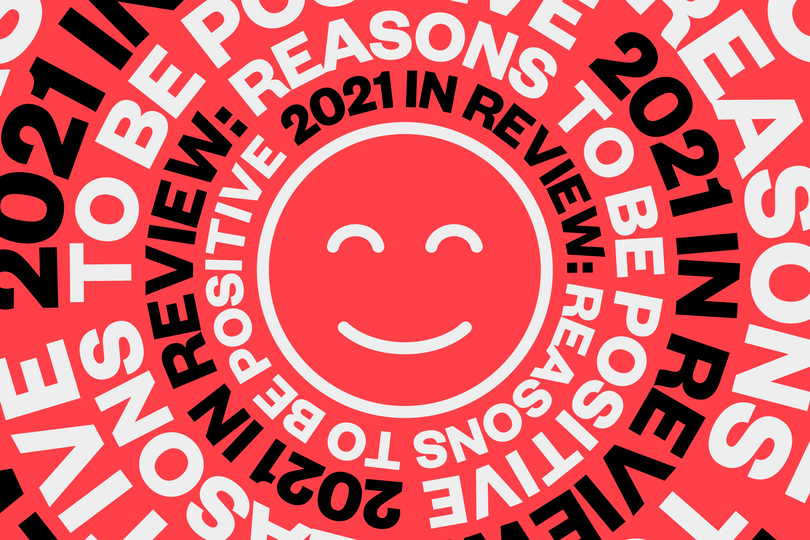 Reasons to Be Cheerful: Positive Environmental News from 2021

It’s probably fair to say that last year’s headlines weren’t the most cheerful - from the continued pandemic, to political uncertainty, to the growing intensification of the global climate crisis.

Faced with a slew of bad news, it can be easy to overlook the less doom-laden updates. But at So Energy, we believe that the act of focusing on positive changes, however small, can be an important force for good.

With that in mind, here’s our run-down of some of our favourite stories from last year, which give reason to be optimistic about environmental progress in 2022.

In January, a report revealed that, for the first time, the UK’s renewable electricity had outpaced its fossil fuel generation. The report found that energy generated by wind, sunlight, water and wood made up 42% of the UK’s electricity in 2020, compared with 41% generated from gas and coal plants together.

The UK has its ‘greenest day ever’

On Easter Monday 2021, data from the National Grid showed that the British electricity grid was the greenest it had ever been. 80% of energy was reported to have come from zero-carbon energy sources, thanks to windy and sunny weather conditions that day.

A return from extinction for some species

Although the overall rate of extinction is continuing to rise at a concerning rate, a number of species came back from the brink in 2021, demonstrating how effective conservation can be when done right. Amongst those showing encouraging signs of return were Siberian tigers - which were spotted in Russia for the first time in 50 years - and golden eagles, which were seen in Scotland’s Loch Lomond for the first time in a century.

The US rejoins the Paris agreement

President Biden used his first day in office to, amongst other things, rejoin the Paris agreement, just 107 days after the US had left the agreement. The reentry saw the country reinstate its participation in international climate efforts, marking a renewed urgency in tackling the crisis.

In August the Guardian reported the news that beavers were to be reintroduced into the wild, following a successful trial in Devon. Described by conservationists as “natural engineers,” the mammals restore wetland habitats through dam-building and felling trees, which attracts other wildlife and reduces flooding downstream. The species had previously been hunted to extinction in Britain in the 16th century.

While most experts deemed the long-awaited COP26 a bit of a mixed bag, with many disappointed not to see commitments go further to tackling the climate crisis, there were nonetheless some promising deals made. Amongst them was the commitment from over 100 world leaders to end and reverse deforestation by 2030, a pledge which placed nature and biodiversity front-and-centre in the fight to save the planet.

And lastly, cause for optimism on Australia’s Great Barrier Reef; in December it was reported that corals grown using IVF had spawned for the first time, raising hopes for restoring the world’s largest living structure. Scientists revisited 22 large colonies that were born through the first coral IVF trial and found they had grown to maturity and produced their first batch of coral larvae. The programme is set to be extended in 2022.

What other pieces of positive news would you add to this list? Tweet us and let us know!